The 71st Tony Awards ceremonies were held on June 11 and the big winners that night were (as predicted) Dear Evan Hansen and Hello Dolly.  But weeks after the curtain closed on the Tony Awards broadcast, several WINNERS and LOSERS have emerged. 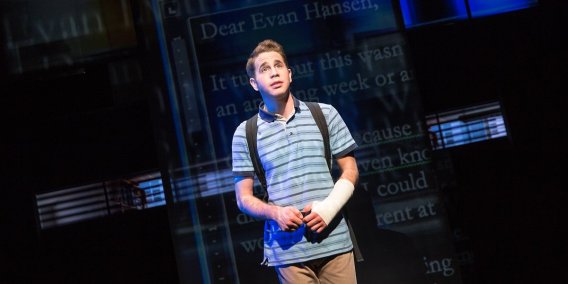 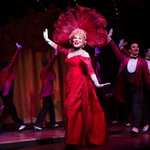 The Tonys was a time to celebrate the record-breaking 2016-207 Broadway season- a season that saw ticket sales hit a record high of $1.45 billion with attendance at 13.27 million (the second-highest ever.)  It was also a season where multi-platinum recording artist JOSH GROBAN made his Tony nominated Broadway debut and BETTE MIDLER made her triumphant Tony winning Broadway return. 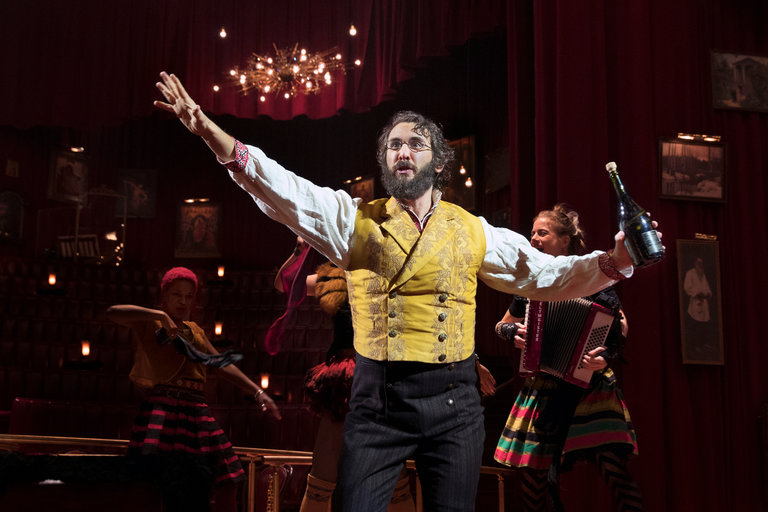 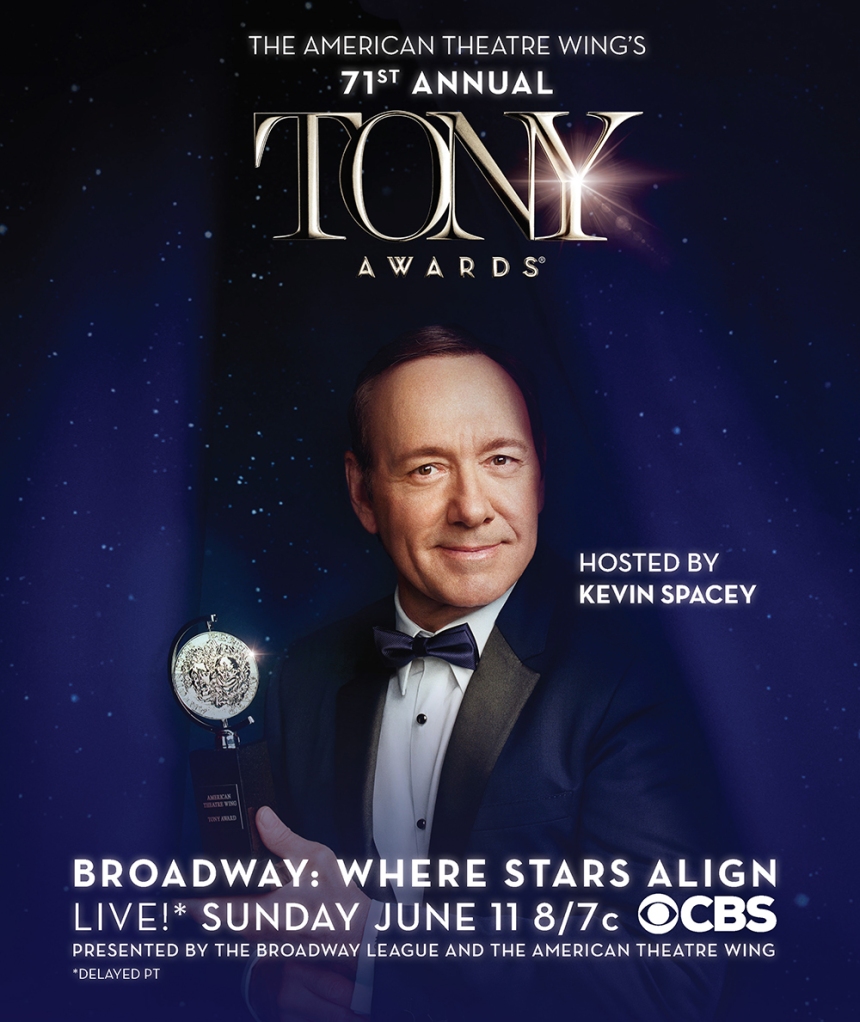 As the WINNERS and LOSERS emerge, here’s the TONY AWARDS 2017- TAKE–AWAYS: The Good, Bad & Ugly.

GOOD (Really Good): Come from Away (CFA) was the clear winner of the night. Presented with the coveted first Best Musical performance slot, CFA’s rousing opening number “Welcome to the Rock” was extremely well received; and presented the viewing audience with a glimpse of this wonderful show.  This good feeling then extended to the Box Office as CFA scored its best Box Office week with $1.2 million in sales and Standing Room Only crowds for all 8 performances. 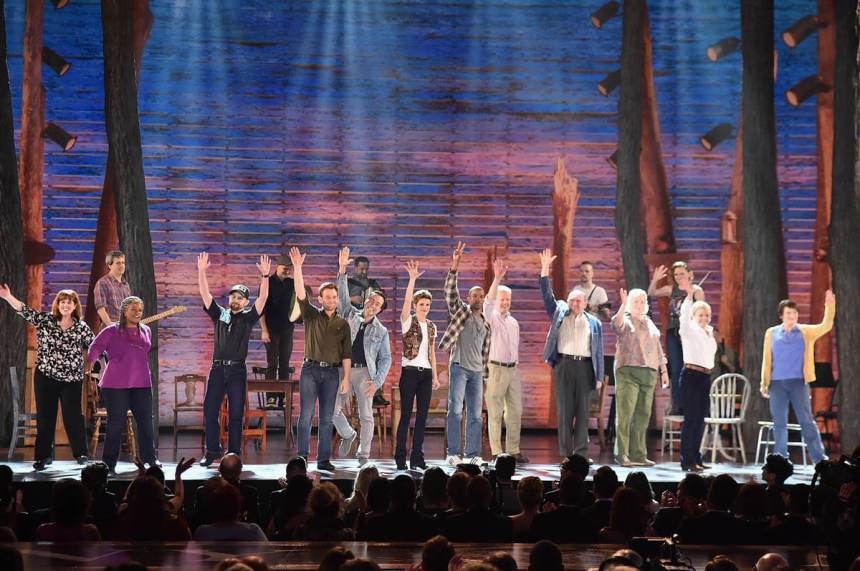 GOOD (Very Good): Natasha, Pierre and the Great Comet of 1812 was also a big winner with its rousing medley.  How can you beat Josh Groban’s masterful voice coupled with The Great Comet’s high energy multi-talented ensemble? This performance also presented viewers with a nice glimpse of this highly entertaining show (and a good reason to see the show before Groban exits on July 2.) Similarly, the good vibe then extended to the Box Office as The Great Comet scored one of its best Box Office weeks ever with $1.3 million in sales and Standing Room Only crowds for all 8 performances.

GOOD (and very badly needed): Although not nominated as one of the top new musicals, Bandstand was given a coveted  performance slot- and the cast made the most of this opportunity.  Introduced by former 2nd Lady Jill Biden, Bandstand’s  “Nobody”  piqued the interest of many viewers and probably rescued the show from life support.  Following the Tonys broadcast, Bandstand’s sales increased dramatically- giving the show a new life. 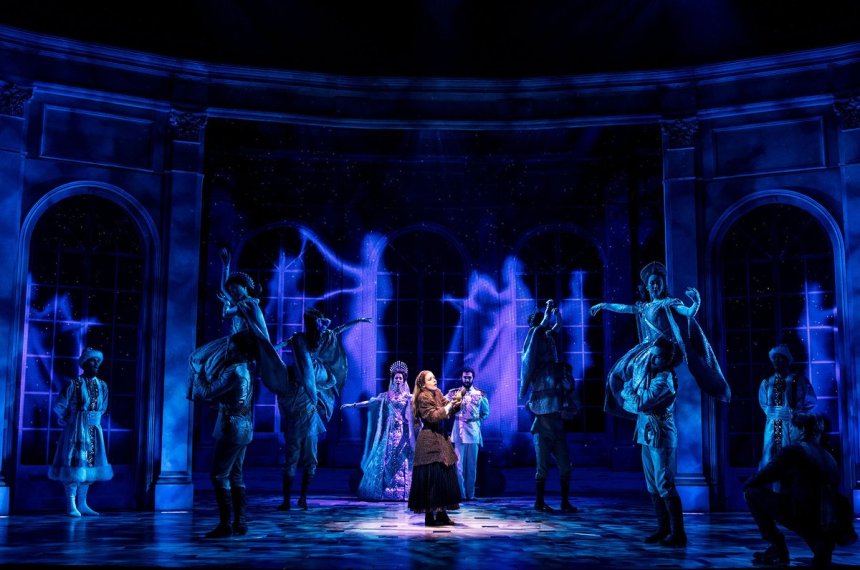 BAD: (Missed opportunity): The big loser of the evening was Groundhog Day Musical (GHD.) One of my favorite shows this season, GHD is a fun and irreverent musical with a great (Tony nominated) Tim Minchin score and a stellar performance by Tony nominated lead actor Andy Karl.  But broadcast viewers didn’t really see the essence of the show.  Instead, viewers saw a solid (albeit vanilla) performance of “Seeing You”- a beautiful Minchin ballad that closes the show but doesn’t fully present GHD’s fun and irreverence. As the closing number, “Seeing You” was dramatic- but that was, of course, after the theater audience witnessed two (2) hours of  “Phil Connors” transformation. To get a true taste of the brilliance of GHD, I would have preferred a truncated version of “Day One” or  even “Stuck” or perhaps, “One Day.”  It was a missed opportunity- and will ultimately (and unfortunately) cost GHD mightily at the Box Office.

For a visual look at  CBS’ dilemma with broadcasting future Tony Awards ceremonies, check out the chart below that compares the viewership of the various Award shows. 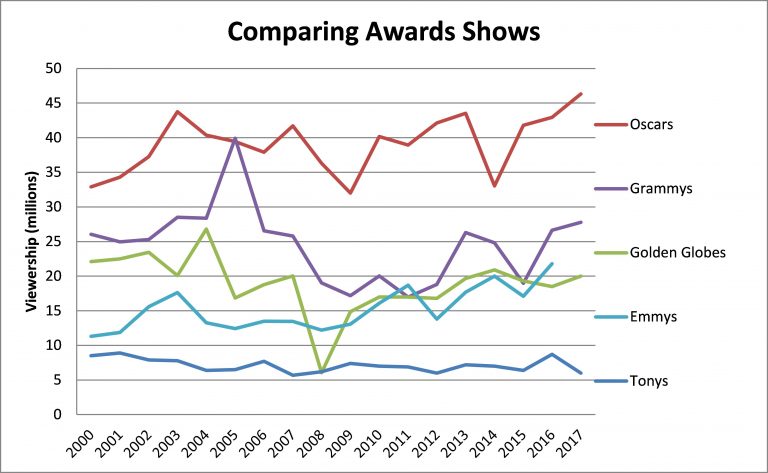