A Chat with Glenn Slater: Giving Voice to Belmont Avenue 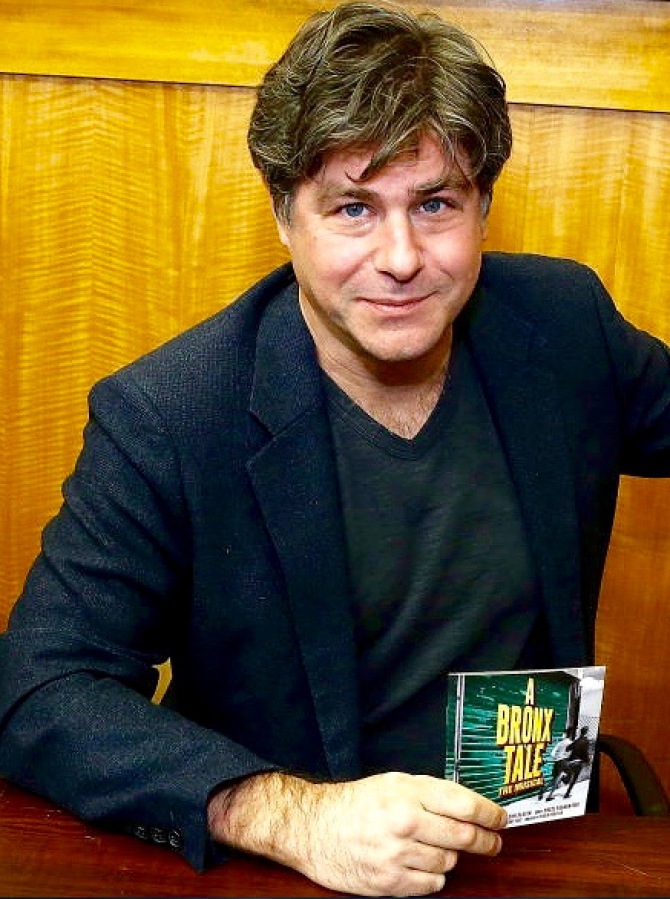 “I had a very specific role in the show: to be the person who listened,” A Bronx Tale lyricist Glenn Slater told me.  In listening, he discovered the voice of Belmont Avenue.

A Bronx Tale opened on Broadway in December 2016; and now after 500 plus performances (and a North American Tour just announced), the show is still going strong.

I recently caught up with Slater by phone to discuss the show’s success and the creative process of adapting Chazz Palminteri’s popular film “A Bronx Tale” to Broadway.

Palminteri’s semi-autobiographical story of a young man coming of age in his gritty Italian-American neighborhood in 1960’s is well known to New York area audiences. The story focuses on the struggle for the soul of Calogero (“C”): a young man caught between the glamorous life of the mob boss (Sonny) and the decent blue-collar life of his loving bus driver father (Lorenzo.)

Palminteri first wrote and performed A Bronx Tale as a one-man show in 1989. At Robert De Niro’s urging, Palminteri’s solo show was made into a film in 1993. It was a hit. Palminteri wrote the screenplay, played Sonny and De Niro directed the film and played Lorenzo. The film’s huge success led to the revival in 1997 of Palminteri’s one-man show on Broadway- staged by 4 time Tony award winning Director Jerry Zaks.

When speaking with Slater, it’s clear that he is thoughtful, friendly, intelligent, and modest.  A 3 time Tony Award Nominee (“Sister Act”, “Little Mermaid” and “School of Rock”), Slater graduated from Harvard University and attended the BMI Musical Theatre Workshop, the premier training ground for composers and lyricists. He was brought into the show by his frequent collaborator, Alan Menken- the legendary 8-time Academy Award-winning composer.

“I came to the show a little late. Alan (Menken) had been working with Chazz on the show on their own before I came on board,” Slater told me.

“My job was to listen to what everybody had to say, to find the common ground and to bring everyone together to find the spine of the show.”  A daunting task.  Especially when “everybody” on the creative team had “strong opinions” and included some of the biggest names in showbiz: Palminteri (book), De Niro (co-Director), Zaks (co-Director), Menken (score) and recording exec Tony Mottola (Producer.) “It was slightly intimidating to be in the same room with so many huge successes.”

During the creative process, Palminteri spoke fondly about growing up in the Bronx. Slater wanted to know, however, what made Belmont Avenue so unique. “Almost every neighborhood has its own vocabulary, customs, ways of looking at things that are considered essential to that place”, Slater noted. Belmont Avenue certainly had character. But early drafts of the lyrics made Belmont Avenue seem, well, generic. So Slater spent time with Palminteri to hear Chazz’s memories of what contributed to the neighborhood’s sense of uniqueness and belonging.

“It’s a trick of writing musicals”, Slater explained, “to make the Opening Number your invitation to a world. An Opening Number that can draw you in and take you out of the world you came in and put you in another place, has done half the job of the show.”

But half isn’t good enough. 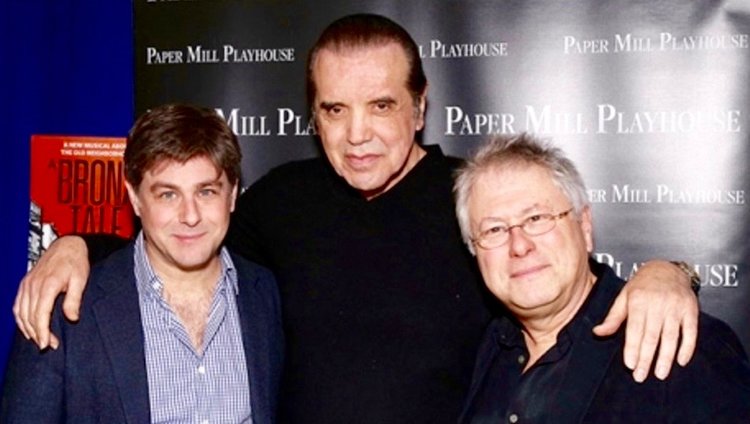 A Bronx Tale premiered at Paper Mill Playhouse (Milburn, New Jersey) in February 2016 to positive reviews. Yet Slater wasn’t satisfied. All throughout the Paper Mill run he was troubled by the Finale. “While the Finale seemed to sum up the story, it didn’t feel like we had reached an ending that tied up all of the themes and made us understand why we were telling the story.”

After Paper Mill, Slater began reworking the Finale’s lyric.  “I talked quite a bit with Chazz about what his intentions were in the one-man show and what he thought the story was about.”

With the reworked lyrics and some tweaks (like changing the order of dialogue), “The Choices We Make” now became the rousing Finale that worked. It crystallized the themes that were at the core of Palminteri’s prior iterations of A Bronx Tale: The choices we make (whether large or small) have consequences and ‘live on.’

“These changes had a huge effect on the end of the show”, Slater reflected. “At Paper Mill, it felt as if the show just ended, whereas now it felt like the ending was building to a new beginning. Now, those last beats land with an emotional toll.”

So I asked Slater if he was surprised by the show’s success.

Not really. “Throughout the process”, Slater remembered, “Chazz would tell us: ‘Trust me, I know this material. I know the audience. I know what you all are doing, will work.’”

“And”, Slater paused: “Chazz was right.”